THE NOVEL APPROACH OF FARMING.

THE NOVEL APPROACH OF FARMING.

As soil-borne fungi, verticillium initially invades the root system of olives when soil temperatures are cool. The fungus does not grow above 30°C. After penetrating the roots, the fungus grows and moves through the plant in the water-conducting (vascular) tissues eventually invading branches and twigs. This progressive invasion usually occurs in late winter through spring. With the onset of high summer temperatures, the fungus is inactivated. By then, unfortunately, the damage has been done and infected trees begin to exhibit symptoms. The presence of the fungus in the vascular system interrupts and reduces the water movement from the to brown. Leaf and fruit drop follow, depending upon the severity of the infection and the amount of wind and heat stress present. Flower clusters on affected branches may die and remain attached. The bark may become bluish. Individual branches, large portions of a tree or the entire crown may die in one season. Death of the entire tree, however, rarely occurs.

Instead, new growth develops from unaffected portions of the tree and suckering from the crown proliferates. This new growth often becomes infected and the cycle repeats the following year. The vascular system of verticillium affected trees is characteristically stained. The xylem, new wood inside the cambium or green layer just inside the bark of branches, stems and roots, is streaked green or brown. Vascular discoloration, though not always present, is a distinctive and helpful diagnostic symptom. Olives show less coloration than other species. Cut through and peel back the bark to expose the discolored tissues of affected branches. A laboratory culture is required for a positive identification of the verticillium wilt fungus.

Verticillium wilt occurred on the 30 ha large olive orchard located in Béjà North, North of Tunisia. Apoplexy, the acute form, is characterized by the rapid death of one or more limbs of a tree. Leaves on affected branches lose their intense green colour, turn light brown, roll back and dry up, necrotic leaves remaining attached to the shoots. Under Mediterranean conditions this type of symptoms usually develops in late winter till early spring. When it occurs on young plants, death of the affected plants is common.

The trees were planted in 2016. The soil is characterized by high content of clay.

The farmer applied two soil applications with a single dose of 1.5 kg Sanbio PLANTA in 500 liters of water in year 2017. The time interval between the two applications was three weeks. 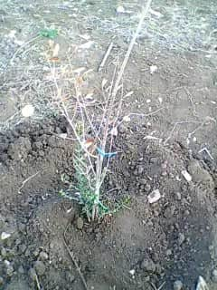 Figure 1. Before treatment: Initially, the onset of Verticillium wilt disease was observed on individual yellow-stained leaves, but at this time 80% of all leaves are wiltered (picture was taken before treatment in April 2017)

Figure 2. After treatment: Recovery of olive trees and leaves few weeks after treatment. The trees are vital and show strong resistance against Verticillium wilt disease. The leaves are large and have nice green color (picture was taken in June 2017) 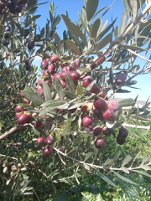 Figure 3-4-5. The trees are vital and show strong resistance against stress and Verticillium wilt disease. There was no outbreak of disease observed on the treated trees. The trees developed lush foliage and healthy fruits. (2018)

As a result of the curative treatment in year 2017 it was observed: